With support from Winchester City Council, we've been taking part in the Golden Mile since 2016, and aiming to run/jog a mile a few times each week.  Each child's progress is logged and personalised certificate is awarded when the children reach the 10, 25, 50, 75, 100 and 150 milestones.

February 2018: We won the Golden Mile School of the Year award at the Winchester District Sports Awards 2017 for walking/jogging/running over 16000 miles from January to July 2017. 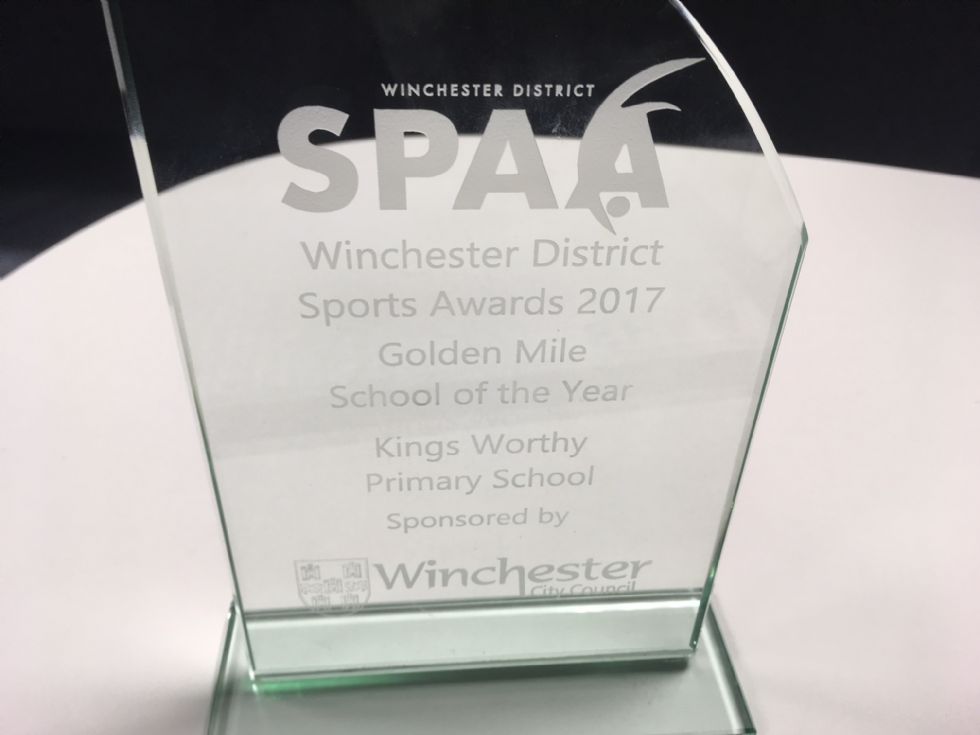 The award was presented by guest speaker Simon Harmer - we also discovered he was an ex-Kings Worthy pupil! 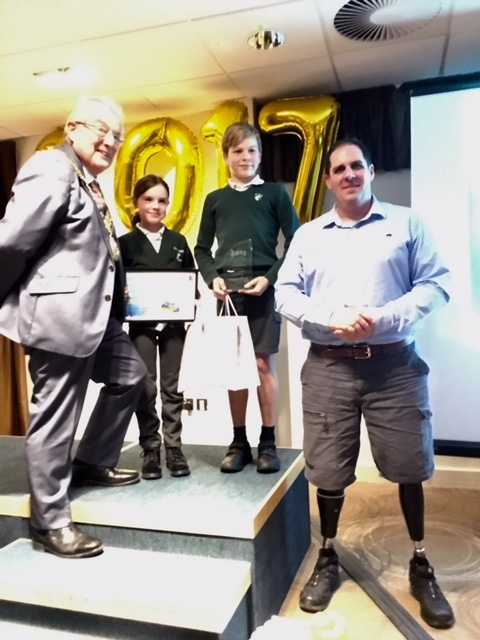 July 2019 - 5K won this year's class challenge for the greatest number of miles per class - well done everyone!